Given increasing abortion restrictions, Hesperian wanted to understand how its app could be used in the US... This gave me the opportunity to apply qualitative research methods I learned in class.

Hesperian Health Guides is a small non-profit organization in Berkeley focused on health education and community empowerment. They’re best known for creating the book Where There is No Doctor, a widely-used manual for health workers, educators, and others involved in primary care and health promotion around the world. Their work has expanded to include print materials on a wide variety of health topics, and free digital materials including a health wiki and mobile apps.  Hesperian became interested in producing an app on safe abortion because an increasing number of users were accessing its online Healthwiki from mobile phones, and to reference reproductive health information, and safe abortion information in particular.  The goals of the Safe Abortion app were to provide free, comprehensive, practical abortion information in a discrete, user-friendly format that would be accessible offline and without using a data plan once the app had been downloaded.

This internship gave me the opportunity to apply qualitative research methods I learned in class, and to expand upon these.  I also appreciated the opportunity to step out of an academic headspace and think through a research problem in a new setting.

Meet our students
STAY CONNECTED
Thank you! You've been subscribed to our newsletter!
Oops! Something went wrong while submitting the form. 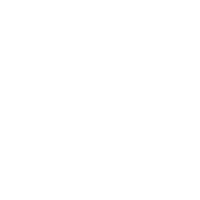